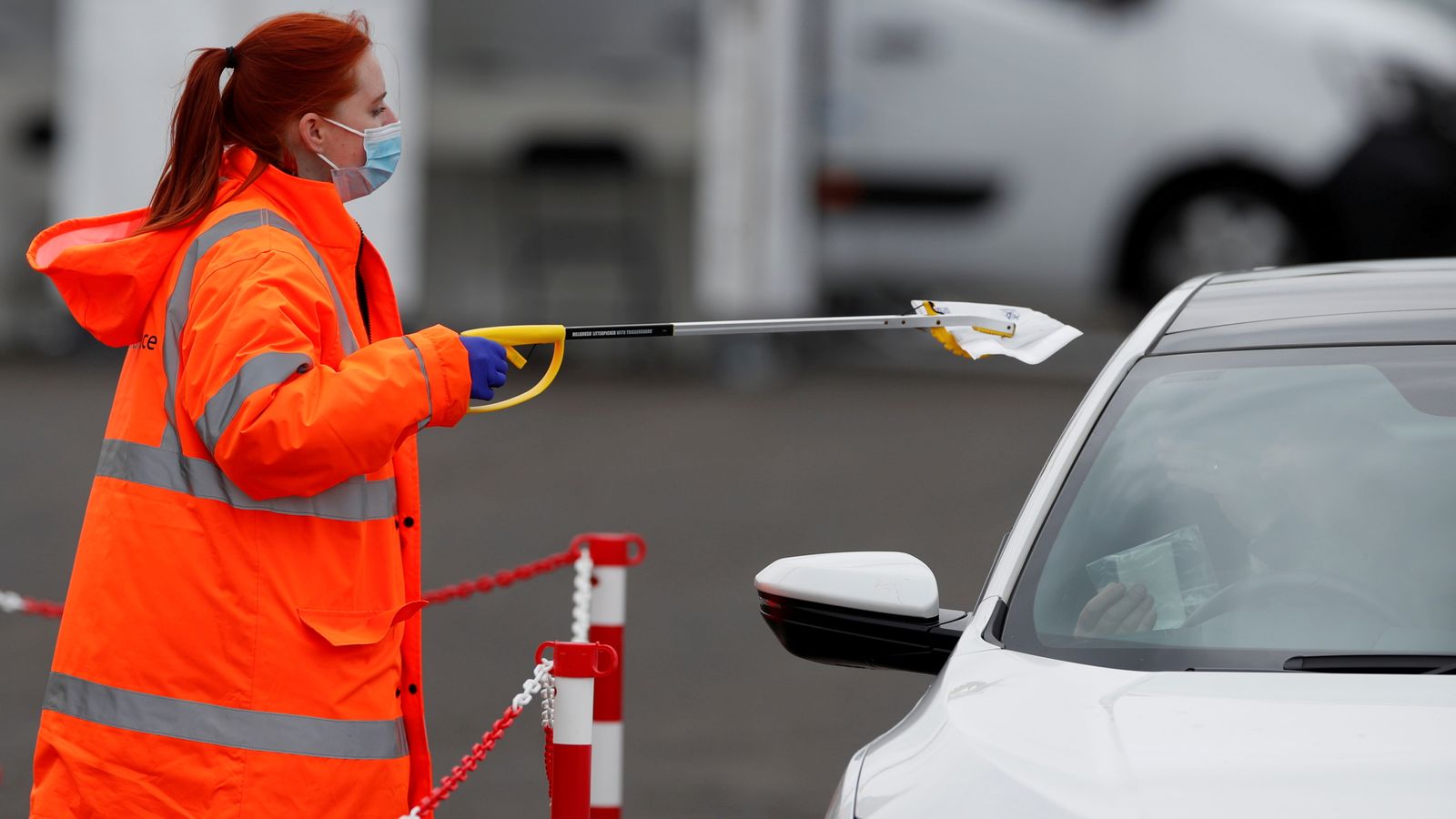 A COVID test is collected in Bedford

The UK has reported another 22,868 COVID cases – the highest since 30 January – according to latest daily figures.

However, the number is likely to be inflated by a technical issue yesterday that meant some cases could not be counted.

The figures compare with 14,876 cases and 11 deaths announced on Sunday, and 10,633 cases and five fatalities last Monday.

Cases have risen steeply since the end of May, with the seven-day average going from around 3,500 to over 16,000.
Today’s figures also show another 139,712 people had their first dose of a vaccine, while a further 123,555 received their second jab.

The latest seven-day average for coronavirus-related deaths is 17.4, while in the second wave peak in January it was more than 1,200.
ADVERTISING

The figures appear to support the assessment that vaccines have helped to largely break the link between infections and deaths and serious disease – despite the more transmissible Delta variant.

Just over 1,500 people were in hospital with COVID according to the most recent tally available on 24 June.

Earlier on Monday, Boris Johnson dismissed the possibility of ending coronavirus restrictions early by saying it was “sensible” to stick with the planned date of 19 July.

The prime minister said England was “set fair” to be free of lockdown measures and back to normality “as far as possible” by that date after previously delaying the move by four weeks.

New health secretary Sajid Javid also told the House of Commons that restrictions would not be lifted early on 5 July, but that 19 July “remains our target date”.

“We owe it to the British people who have sacrificed so much, to restore their freedoms as quickly as we possibly can and not to wait a moment longer than we need to,” said Mr Javid.

“With the numbers heading in the right direction, all while we protect more and more people each day, 19 July remains our target date.”