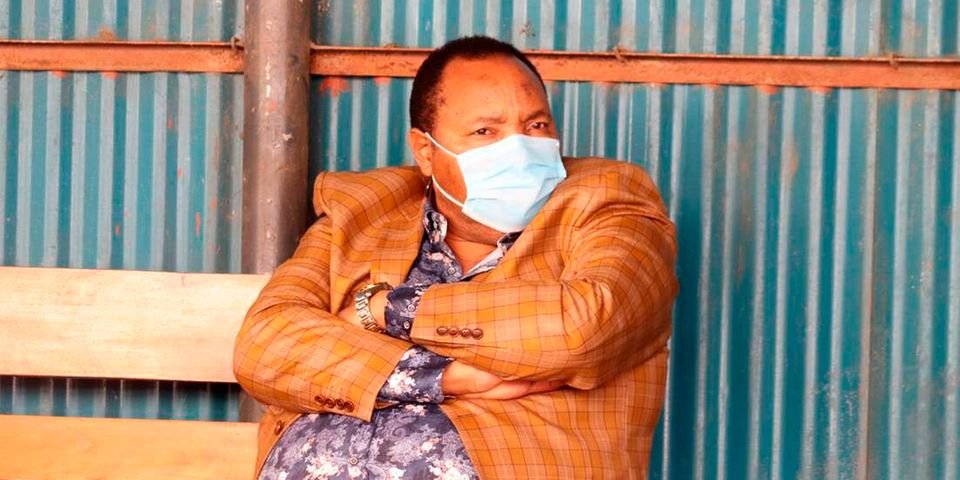 Former Kiambu Governor Ferdinand Waititu’s decision to create a road on a private land at Thika Blue Post bridge has been declared illegal by the Environment and Lands Court.

Justice Lucy Gacheru has ruled that the owner of the land, Michael Njiiri Kariuki, can permanently close the road whose paving Mr Waititu and other local politicians supervised, so as to clear traffic to and from Thika town.

The court also awarded Mr Kariuki Sh500,000 in damages for destruction of the property and crops when road graders invaded it to construct the road.

Justice Gacheru said the invasion and construction of the road amounted to trespass.

While ruling on a petition filed by Mr Kariuki, the court said that being the lawful owner of the suit property, he is thus entitled to all the rights and privileges pertaining to it as provided for under Sections 24 and 25 of the Land Registration Act.

Justice Gacheru said the land owner is also entitled to protection of rights as well as peaceful use and quiet possession of the suit property, and therefore the closure of the road.

“It is not in doubt that if a court finds that there was trespass upon a person’s land, then the party is entitled to damages. There is no doubt that the defendants were not justified in intruding upon the plaintiff’s parcel of land ,and therefore they trespassed upon the said property,” she ruled.

The road was paved in 2017 as a solution to the perennial slow traffic at Blue Post area, owing to the narrow road.

Mr Waititu personally supervised the clearing of the road reserve, together with former Thika Town MP Alice Ng’ang’a and since then, traffic was flowing smoothly to and from Thika town.

However Justice Gacheru said in the event that the government is interested in acquiring Mr Kariuki’s suit property for use as a public road, “let them follow the right procedure of compulsory acquisition, wherein the plaintiff would be paid prompt compensation for his parcel of land”.

The judge said the owner of the land is entitled to the orders sought in the petition, among them that all structures put on the road be removed and the land be restored to its original state as farmland.

Another order granted to Mr Kariuki was for the road to be permanently closed.

The court also granted a permanent injunction restraining the defendants, their agents, servants, employees, assigns or any other person, body or authority from entering, causing to enter any machinery for construction, constructing, passing through or in any other way trespassing upon the property.

The court found that though Mr Waititu and the politicians had initially claimed that the suit property was public land, there was no evidence adduced to confirm the same.

“The declaration on whether or not property is public property can only be found when a court or tribunal, with the requisite jurisdiction, conducts a hearing and comes to the said determination. In this instant, there has been no such determination,” said the judge. – nation.co.ke